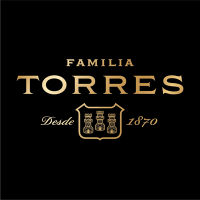 Since its founding in 1870, Familia Torres has combined tradition and innovation with the aim of making premium wine and brandy, always with the utmost respect for the environment. Familia Torres’s roots in Penedès, near Barcelona, go back more than three centuries, and it has historically had wineries and vineyards in Penedès, Conca de Barberà, Priorat and Costers del Segre.

The commitment to protect the land and environment, the pursuit of excellence, and a passion for wine culture has been passed down from generation to generation. Fourth generation family member Miguel A. Torres pioneered the planting of Cabernet Sauvignon in Spain, creating Mas La Plana in 1970. For the fifth generation, the focus is on making wines from unique vineyards and recovering ancestral varieties in Catalonia, as well as in other parts of Spain and Chile. Not only is this project reviving the wine growing heritage of these regions, but in light of climate change, it may also provide future solutions.

Familia Torres is also present in Chile, California, and other iconic Spanish regions with its singular wines and vineyards. Torres is a member of Primum Familiae Vini, an association of 12 wine families who are among the most prestigious wine producers of their regions.

We are currently seeking best-in-class collaboration partners for the postings listed below. You can respond to current opportunities by browsing the listed entries. We do want to invite you to cooperate with us so please contact us through the available template and we will get in contact with you. Please provide as much detailed information as possible in order to facilitate the engagement process. 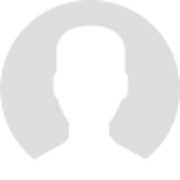 What is our process to bring your proposal to market?

First of all we want to know about you, we will ask you for your contact details. Then you'll find out a form that will help us understand your proposal. The quality and accuracy of the information you provide is very important for a proper evaluation, as well as only sending non-confidential information, and protecting your proposal, product or technology with a patent or any other intellectual property right before sending it.

Once submitted, you will receive a confirmation email. Your proposal will be evaluated by our innovation team. The results of this assessment will be communicated via email. During the evaluation of your proposal, if we need further information, or at the end of the evaluation, if your proposal is selected, we may request confidential or propietary information from you and will make the appropriate arrangements at that time (e.g. Through a Confidentiality Agreement).